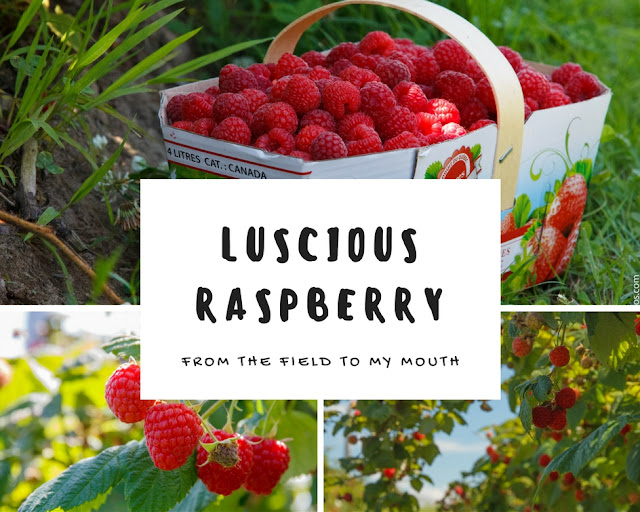 Folks, lets have a moment to talk about this particular fruit; RASPBERRY. Why? Because I love this fruit, and when I love something, I tend to rant about it impassionately.
Did I ever mentioned it to you that I thought berries were on the verge of extinction ? I think I did, but I am not sure. Anyway, let me wrap up my failed logic about berries for your amusement ; I was sure berries were almost extinct because it was hardly found in my hometown, and I was upset by it.
You see, I grew up dogmatized that my beloved tropical country has the most fertile soil that can grow any plants no matter what. We learnt this at school, our textbooks said we were a great agricultural country.
This wasn’t entirely false tho, I mean, being a tropical country that nestles comfortly right on the equator line with endless belt of volcanoes does make our soil friggin’ fertile. So why were any fresh berries has never been found on my backyard? The reason must’ve been for EXTINCTION. Just like the dinosaurs. Thats why berries were very expensive too (see, just like the oil made from dead dinos!). This failed logic was carried on in my head until my late twenties, and only got busted when I moved to Canada few years ago. Cringeworthy, isn’t?
Nico laughed his lovely pale-arse off when I told him about this extinction theory. He then took me to a city park where berries were growing effortlessly everywhere. I was STUPIFIED. Apparently berries aren’t on the verge of extinction at all! It just not a tropical fruit, that's why its hardly found in my country. Please don't ask how that hard fact slipped off my mind for the last 20 years.

He likes it when he gets to act like the first world person in the relationship, showing me, the third world person, all the awesomeness of what I could’ve previously only seen on TV. That is why he brought me to this family-run berry orchard; Ferme Méthot. The orchard has been running from generation to generation for over than 70 years. Other than berries, they also grow seasonal veggies like sweet corn, pumpkins, butternut squash, etc.

There are tons of orchards around Quebec City. The fun part is the orchards are not only produce their own speciality like jams, wine, cider, etc, but they also have this session called : you-pick field (autocuillette). Its where an orchard open its gate for you so you can pick fruits, vegetables, and whatever else the farm is growing, and you will pay per weigh. This is where you find the best bargain for fresh fruits and veggies. The price is much lower than at the groceries, plus you get to pick your own fruit and veggies.
So thats what we did; picking fresh raspberries. The farm has endless lines of luscious ripe raspberries and strawberries bushes stretched from one hill to another, ready to be picked and plucked. The best method to do this is by rolling down the hill with two arms wide open on each side, grabbing raspberries all the way down. NOT. 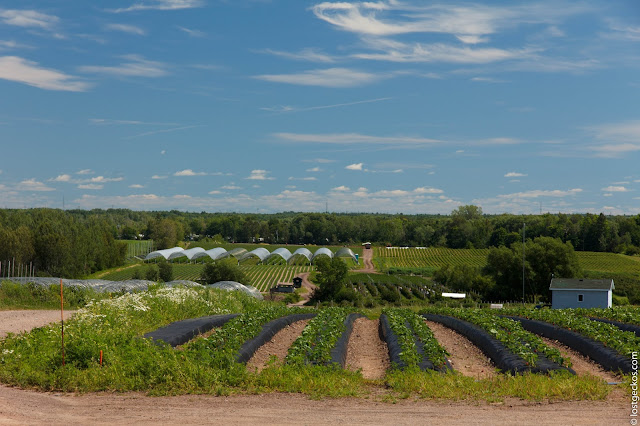 The farm has a shop by the road, displaying their products. We have to tell them that we would like to pick our own fruits, then the farmer will ask you to hop into his jeep, and he will bring you to the part of his farm where you can have fun.
The best raspberries can be found underneath the leaves so I had to stoop and squat every now and then. It was a wee hard on the knee, but it was all worth it.  We got 2 buckets  (4 liters each) full of ripe raspberries (I also ate a handful of it every now and then along the way).  At the end of the day I was so fat and full of raspberries I worried my fart would smell like one (it did not). 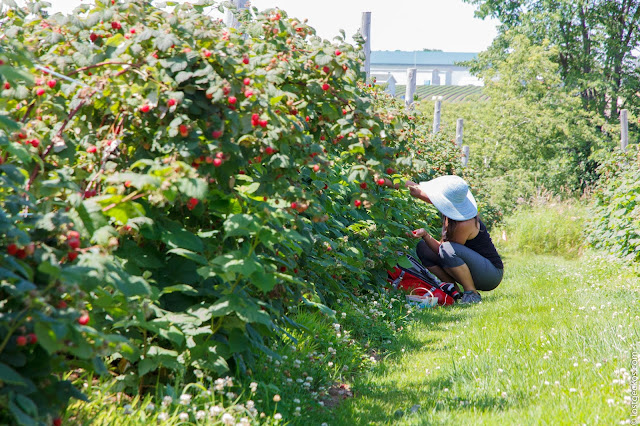 The sky was blue, the cloud was scattered, and the sun was baking hot. The heat from the sun sweetened the fruits and filled the field with the sweet smell of raspberry and strawberry. It was a beautiful day, and at the end of such day, I topped it off with cold raspberry mojito.

PS: while writing this post, I wiki-ed about berry, and let me share you a baffling fact : banana is a sort of berries. Ha, who would ever thought!!
Tags :
activity,  Quebec,  review
Categories :
Uncategorized