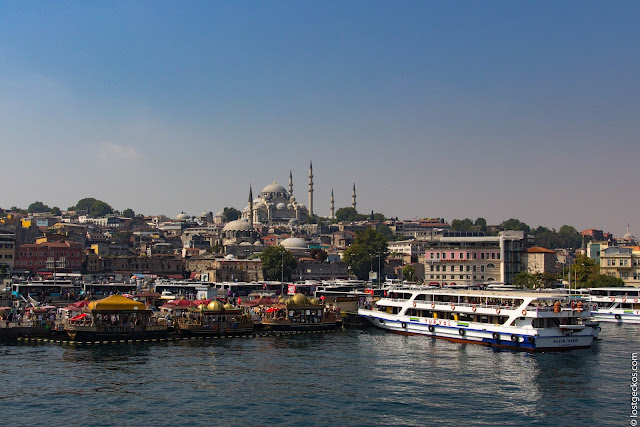 Bosphorus strait was one of the most recomended places to visit when you are in Istanbul. This is where two continents meet; Europe and Asia. The strait connects the Black Sea to the Sea of Marmara, and ultimately the Mediterranean. Its strategical importance has been known throughout history and many empires have fought each other to get the control of the strait. Today Bosphorus strait remains as one of the busiest trading passage for large tankers and commercial ships.
Although the strait can also be enjoyed by land, we decided to take the cruise instead to be able to enjoy it from a different view (for me mainly to be on a boat because I love being on a boat).

There are many ways to get on a cruise along this straight. You can have it fancy by chartering a private yacht, or you can take a public ferry at Turyol Eminonu.  Actually, which ever form of cruise you take, you will basically enjoy the same view because they all follow the same itinerary.
You can ask your hotel to book you a seat for the cruise and they will gladly help you out, but the thing is they will most likely get you to take a private cruise which is mostly more expensive, but the good thing is they almost definitely have an english speaking guide.
We took the public ferry cruise from Eminonu,  busy port not far from Spice Bazaar, and yes, the guide was in Turkish and we didn’t understand a thing. But its okay, this is where our Turkey Guide book came in handy.
The cruise trip was 2 hours, sailing along the Asian and European coast. It gave us enough time to adore the historical places with cultural significance along the strait such as the Rumeli fort, Galata tower, Suleymaniye mosque, and many more.

One of the most interesting building we saw on this cruise was the Maiden’s Tower. The tower was built in the middle of the strait. Legends says it was built by an emperor who loved his daughter too much that when a prophesy told that she would die from a snake bite, he builds the said tower to protect her. Keep her away from the land, which assumed to be where she would possibly bitten by a snake. 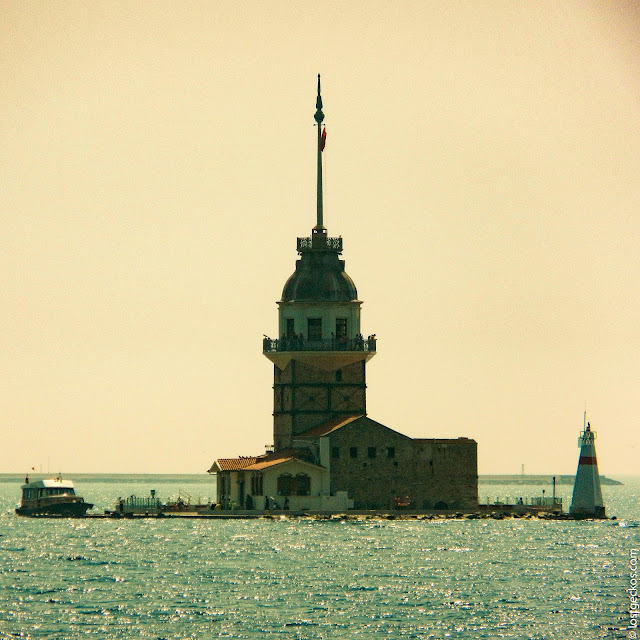 The daughter kept in the tower for years. Her father supplied her needs by boat, making sure there was no way a snake could be anywhere near her. Unfortunately, one of the fruit baskets sent to her had a snake hidden in it and the prophesy came true.
Today the tower has been transformed into a popular café and restaurant.
Baffling fact about the tower : it was featured on James Bond film The World Is Not Enough. This was the location for the scene where Elektra kidnapped and kept M.

First it was the Basilica Cistern, and then this Maiden's tower, seemed to me that James Bond has a thing for Istanbul.
Tags :
travel,  Turkey,  Istanbul
Categories :
Uncategorized