29.03.16 11:04 PM By Putri
Quebec is a francophone region in Canada, the history dates back to the 1500s. There was the big fuss about the French claiming their territory in North America. That’s how the Quebec got their French influence but the French was not the only settlers in Quebec, there were also the Irish. There was a huge Irish immigration to Quebec in the beginning of 1800s because of overpopulation in Ireland. And in the 1840-1870s because of the Great Irish Famine and Confederation. 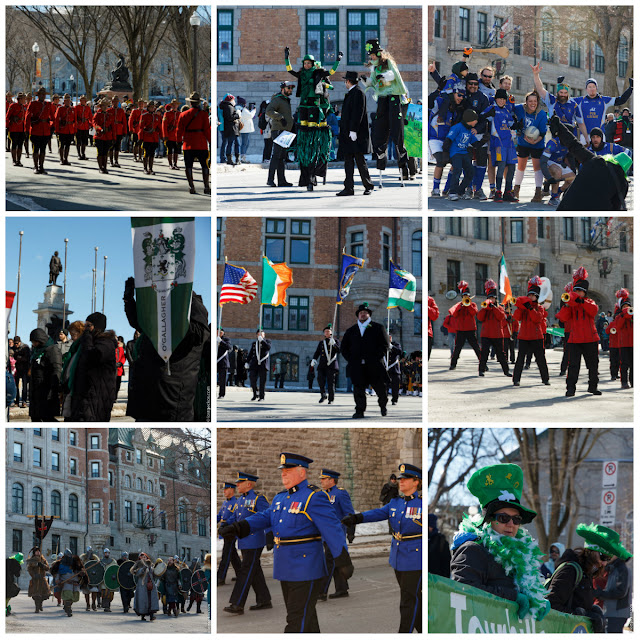 Canada’s first St. Patrick’s celebration was held in 1765 in Quebec, and had the first parade in 1837. Since then, the parade become an annual tradition. However, this tradition was put on hold for 84 years for many reasons. The parade tradition was revived in Quebec in 2010 and become one of the major annual event. 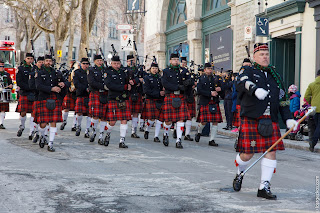 This year parade we were lucky to have the Pipes and Drums of the Emerald Society of the New York City Police Department and the Pipes and Drums of the Chicago Police Department. We also had the Toronto Fire’s Pipes and Drums. These guys are totally cooler than winter! Next time I got the chance to get close enough to them, I shall stop taking gazillion pics and ask them instead how the heck they are not freezing under that kilt while its -10 Celcius out there. Seriously, I was wearing my full winter gear and looked stubbier than usual and I still froze my butt off.

Quebec City also had a special beer festival for St. Patrick’s day; Festibière de Québec Fête la Saint Patrick. This festival hosted over 30 brewers, microbreweries, and cideries, local and international. But its not only that, this year they also started to have a whisky bar (say woot?!), perfect spot for whisky degustation. 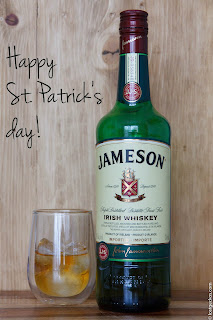 Whisky is one of the type of liquid I adore. If you ask why, perhaps because whisky however spares me from hating myself the next morning after a night of drinking. I have no idea why, but I ain’t complainin’ either. And why do I drink? Well, it always depends on the moment, but all those cliché reasons out there fit. Altho this weekend I got a particular reason, we all know some people drink to forget, and right now am one of those people. I’d like to forget that I forgot to pay my tax, and that my friend, is a solid reason to drink. No one screw you like the government.
Tags :
O Canada,  Only in Quebec CIty,  Events
Categories :
Uncategorized